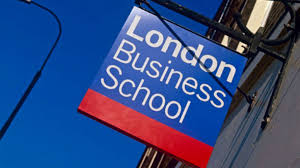 On May 3rd I was pleased to be asked to open a debate/discussion in front of the London Business School Alumni Club’s Auckland chapter. This is an annual evening, with alumni of other leading international business schools like HBS, Yale, INSEAD IMD, AGSM Sydney, Melbourne Business School. The topic was “It’s The End Of The World As We Know It.” I affirmed it, well-known economic commentator Bernard Hickey negated it, and Massey University Vice-Chancellor Jan Thomas took a middle-ground position.

Here is a rough transcript of my argument –

I’ll look at greed first. We’re not being paid for this evening, even though you are an audience of top leaders and professionals. You wouldn’t expect we would be paid, the idea of being here for a discussion is enough. If Barack Obama were here, on the other hand…

Barack Obama, the great hope of our time, the best speaker I have ever heard… “we are the change that we seek”. He said income inequality is the defining issue of our time. Barack leaves office, and promptly starts hobnobbing with billionaires. Senator Elizabeth Warren, in the same political camp as the ex-President, said she was “troubled” that he would pocket $400,000 for a speech to a top Manhattan investment firm. “One of the things I talk about in my new book” she said “is the influence of money. It’s a snake that slithers through Washington.” She suggested it corrupts and even imperils democracy.

My position is that trust has been lost in the institutions of authority in the West. We’re uneasy when even the President with perfect principles gets rich in office and then leaves and does this. That feeds into what we recognise as the routine ‘doom’ argument , and I’m quoting more or less from a characterisation of it I saw online a few days ago – “The elite have gorged themselves on globalism, free trade and Wall Street casino-style gambling. They have let us down, we cannot trust them or their values anymore. They haven’t even been good at running things. The losses have been socialised and the profits privatised.”

The Dodd-Frank legislation in America, which shut the stable door after the GFC horses had bolted, doesn’t, apparently, stop financial institutions being too big to fail again and be bailed out again, according to some recent analysis. The core issue has not been addressed. Governments and lawmakers still care about people, and try to make their lives better, if only sometimes to get re-elected. But no-one can tackle greed. This is an undoubted epoch of greed, with shareholders simply demanding – or rather not resisting – so much more profit all the time that this now threatens civilisation itself, i.e. civilised society. The common wealth has been neglected, despised. So, governments address an inequality that they cannot solve.

There are experiments with a Universal Benefit, which others call the magic money tree. We may be able to talk about that later.

We have seen the death of restraint, or to use the old-fashioned word, niceness. I once interviewed Professor Kenneth Minogue from the LSE, he was a great man of his day, and he told me that moral authority had had its day in (e.g.) education. He reckoned the collapse of moral authority is irreversible, and can only return when some outside agent or agency forces changes on society. And that will happen around about now, is very possibly happening as we sit here. I also interviewed Professor Nicholas Boyle from Cambridge, the author of the book 2014: How To Survive The Next World Crisis. His very interesting and persuasive thesis is that in the second decade of every recent century, because it’s then that centuries really change, an event inevitably occurs that determines the shape of the rest of that century for good or ill. Think World War 1, or in the century before that the Congress of Vienna, which bestowed stability for the next 75 years, more or less. His supposition is that around about now, the agent is about to appear, and will likely originate as economic turmoil. And Mervyn King who has just written “The End of Alchemy” might say it may well start in the banking sector.

Trump is not an outlier, he is a messenger, a harbinger. He is one of the game-changers. He is the change that we were subconsciously seeking.

And actually, as I say that, don’t you think it’s right? Can’t you sense in your bones that the world is teetering on the brink of something, whether it’s an abyss or not? The world is sick of the way it’s been going, at a kind of Gaian level? Grant Cleary from Cleary Wealth Management who’s here tonight thinks a version of this is right. I’ll do him the honour of paraphrasing aspects of a recent talk of his:

When elites rise higher and higher while the masses are in morasses the outcomes are never good. Markets are unsustainably high, the bond market is blowing up, increased interest rates and inflation will disrupt other markets like housing. The weight of the EU economy is crushing Europe. America’s forthcoming infrastructure and defence spending means more jobs and together with Trump’s tax cuts there’ll be increased debt and increased inflation. Bonds are at the end of a 36-year bull run, the sharemarket in America has been good for 8 years. We assume it can go on. But that suspends the law of physics. It’s like that moment when Wile E. Coyote runs off the edge of the cliff and manages to suspend himself in mid-air for a few moments by frantically kicking his legs. We are in that economic phase known as leg-kicking.

Irving Fisher from Yale was one of America’s finest economists, he’s still regarded that way. He’s the one who said stocks have reached a permanently high plateau in 1929, three days before the stock market crashed. When it did crash, it seemed inconceivable to him that evident value in shares could be ignored. And that is the trouble with the economist’s point of view. Only a few people are economists. The rest have human nature.

Predictions are hard, I admit. I collect them. It’s a hobby. And every so often I have gathered enough to write them up for a piece in a magazine, so we can all have a good laugh. People always get the future wrong. The cleverer they are the more wrong they are. There are the famous examples, like (in 1878) Sir William Preece, the chief engineer of the Post Office, predicting “The Americans have need of the telephone, but we do not. We have plenty of messenger boys.”
We’re still waiting for the microwaves in our cars that Cuisine magazine foresaw in 1989. We’d be preparing meals on our way to and our way home from work. Not completely unlikely now with Auckland traffic, of course.

Just before the GFC I clearly remember a U.S. economist saying that 1929 could never happen again because of sophisticated financial mechanisms now… which turned out to be credit default swaps, whereby I buy from you a loan you’ve approved for a man in a trailer park with an alcohol addiction whom you’ve talked into buying a house. The sophisticated financial mechanisms in 2017 are essentially an anxious consensus by finance ministers to ignore debt. But debt cannot be ignored no matter how much money you print and it has now reached 330% of world GDP. 74 trillion dollars’ worth of economy and 152 trillion dollars’ worth of debt… and a productivity slowdown. It is like owning a house worth a million dollars and owing two million on it, hoping for a capital gain of 100% and trying to pay the interest while you’re only getting part-time work. Inflation can float debt away, but only with productivity.

Apple CEO Tim Cook gave a speech in China the other day. He said globalisation was generally “great” for the world. But the problem is the pain. The pain is getting greater and nearer. Donald Trump got elected because of the pain. The pain is complex, it’s not just no jobs, but no jobs will be the paramount pain.

Yuval Harari the Israeli university lecturer who wrote the best-seller Sapiens: A Brief History of Humankind, says what’s on the way is a massive new stratum of society he calls the “useless class.” Citizens “devoid of any economic, political or even artistic value, who contribute nothing to the prosperity, power and glory of society.”

Only a few will own the algorithms.

It’s not inequality that necessarily contains the seeds of a society’s demise. What will sink us is the weight of the people he calls useless. The trouble is they’re not useless, at the moment many of them are like you and me, consumers, but when they can no longer be consumers… they are… useless.

In past decades, global inequality has fallen, yes, but people were earning the money. We won’t be able to carry all these people. We will bypass a big cohort of them.

But before the masses succumb to their fate, when they realise their jobs have gone – or if they have jobs they’ll have to endlessly upskill and be fluid and be disrupted and work 60 hours a week to be one of the valuable ones – before that inevitability… comes an unmanageable schemozzle.

Science fiction writers are always best at predicting the future, and have you noticed it is all dystopian? The haves live in walled enclaves while the have-nots wail and gnash their teeth in the exterior darkness on the other side of high, Trumpish walls.

You can put doors in walls, there is a way out of this, there will be a way out after the almighty mess, whatever that will be… but right now there is no map. No-one seems to have a map. And with the amount of greed in the world, untrammelled, it would need to be printed on $100 notes for anyone to look at it. That’s the problem